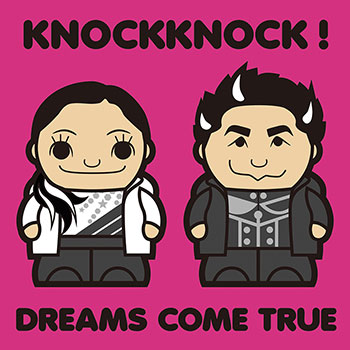 A new DCT single called “KNOCKKNOCK!” was released on March 21st. “KNOCKKNOCK” is the new theme song for a new set of commercials of KAO’s cosmetic products. The song is only available via download.

This commercial has a part of the song as a teaser of what to expect.

You can find out more at the DCTJoy.com “KNOCKKNOCK!” page.