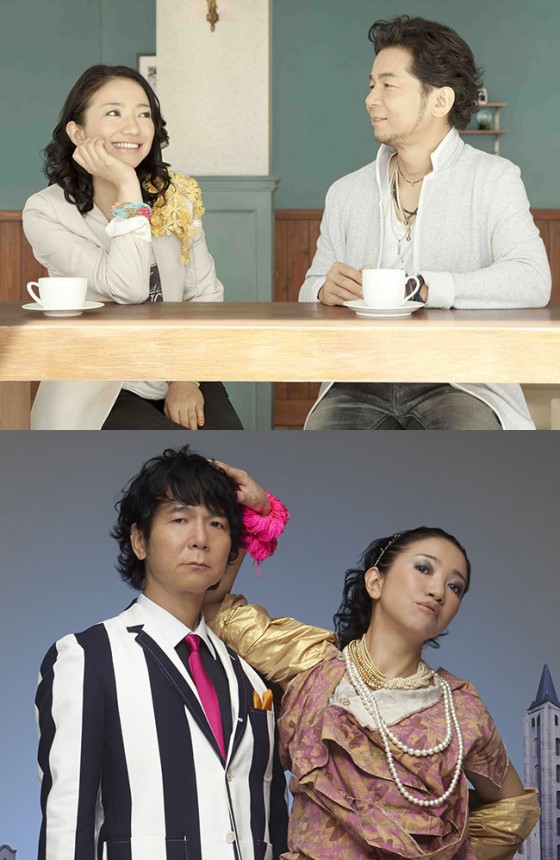 Dreams Come True is the musical manifestation of class, style, and grace; of limitless melodic creativity and true vocal power; of unyielding vision and unsurpassed evolution. Simply put, Dreams Come True is one of the finest bands on the face of the earth. And you should get to know them better. ^_^

Founded in 1988, Dreams Come True’s core features Nakamura Masato, the arranger, producer, bassist & overall mastermind, Yoshida Miwa, lead vocalist, songwriter & energetic and inspiring frontwoman, and Nishikawa Takahiro, keyboardist, manipulation and sound designer. Lovingly referred to as DCT and dorikamu by their fans, the mixture of Masa’s powerful arrangements and Miwa’s vibrantly cultured voice has been providing fans all around the world with Joy for many years.

Dreams Come True presents music which is a pleasure to the ear, the mind, and the soul. Never being content with one style, they compose songs with genre influences from Pop, R&B, Jazz, Funk, Disco, Soul, Rock, Hip Hop, Latin, and even Classical; Many styles, as varied as their own musical influences, provide their music with a rich base to form their own unique Dreams Come True style.

One of the most popular and influential Japanese bands of all time, Dreams Come True wants to share their unique sound and vision with American and European audiences as well. With that goal in mind, they’ve been recording in English, in addition to Japanese, for years now. They have three full English albums and two of their English singles have even made it to #1 on the Japanese charts.

Dreams Come True is known for setting standards on the sales front as well. With over 30 million in album sales and 15 million in singles sales, DCT is one of the best selling Japanese artists of all time. Some of their albums are among Japan’s all time best selling albums, and their best seller, “The Swinging Star“, was the first album in Japanese history to sell more than 3 million copies.

Their record on the Oricon charts (Japanese equivalent of Billboard) speaks for itself: 30 Top Five singles, 11 of which reached #1, as well as 14 #1 albums, including 2015’s “DREAMS COME TRUE THE BEST! Watashi no Dorikamu“. Dreams Come True albums have also been a staple of the Oricon charts, accumulating more than 20 years worth of time during the group’s long history. Their second album, “Love Goes On…“, spent over 4 years on the charts…

Dreams Come True also shines during their live concerts, creating powerful and elaborate performances, and selling out venues as large as 60,000 all over Japan. They’ve even built their own venues to create truly unique stage designs, so they can give everyone in the audience a chance to have a front row seat. Dreams Come True live is absolutely something that should not be missed, and even non-fans admit that they are one of the best live shows in the business.

After 20+ years, Dreams Come True continues to move on strong, constantly evolving and making their music more and more richer, inventive, and powerful. They’ve been a noticeable influence to many of the new Japanese music stars and will surely be of great influence for many years to come.

Dreams Come True has provided much Joy to its many fans around the world. And so, we wish to help spread their Joy even farther through DCTJoy!