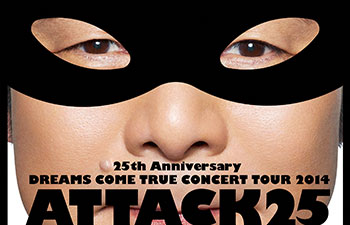 The limited release versions came with an extra disc of their “LIVE with YOU” ~ The 25th anniversary live on SPACE SHOWER TV ~ concert, a 48 page photo book, and a special digi-pak package.